The Empire Theater stood at southwest corner of Washington and Market Streets. Razed around 1959 the site became Bamberger’s parking lot and is now occupied by the former MBNA complex. The theater had a beautiful façade and I will post a picture when I can.

The Mutual Burlesque program included in this blog was from the week of October 14th ,1928. As one can see, the program was extensive and judging from the advertisers- not very scandalous. The program contained a questionnaire for patron’s opinions on the show. Amazingly, the questionnaire 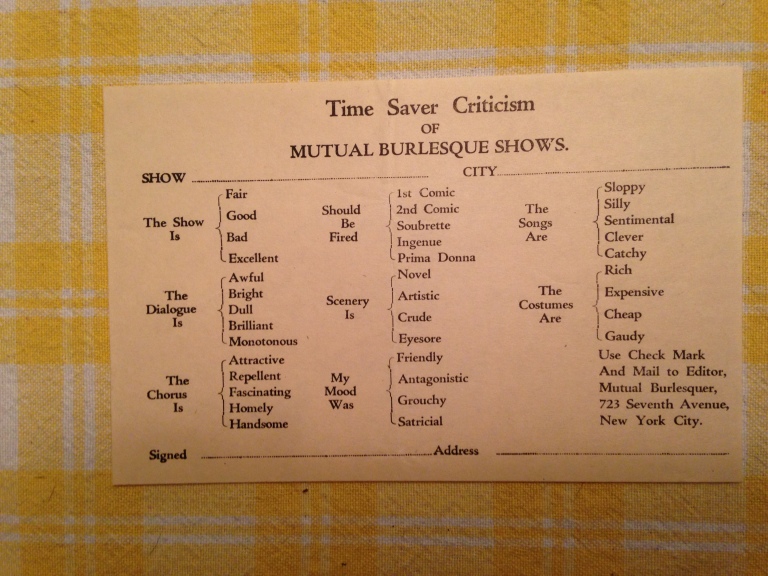 which was never filled out , was left inside the program. The Empire and the Adam’s were the last two burlesque houses and were closed when Newark banned burlesque in the late 1950’s.