Charles “Casey” Jones was a aviation pioneer. By the time he established his aeronautics school in 1932 he had 22 years of aviation experience. He was a pilot during World War I, he held transport license number 13 from the Civil Aeronautics Administration and had been President of Curtiss-Wright flying Service. World famous by the time he founded the school, his vast experience in providing aviation instruction was unrivaled. He was uniquely qualified to lead the school he created.

Things were moving along pretty well in Newark and the school had an average enrollment of 400 students. The school was located at 534 Broad Street, the current home of Berkeley College. Field training was done at Newark Airport. Then in 1940 Mayor LaGuardia opened the airfield that bears his name in Queens, New York. He wanted an aeronautics school for his new airport. Long story short he convinced Casey to pull up stakes and come to New York. Jones was soon followed by five of Newark’s seven airlines. The final blow was when the post office made LaGuardia the metropolitan mail hub. Newark Airport staggered and closed to regroup. In, 1942, the Army took over the airport and by 1948 the Port Authority of NY & NJ had taken over the facility. Newark’s early role in  the history of aviation became a footnote. 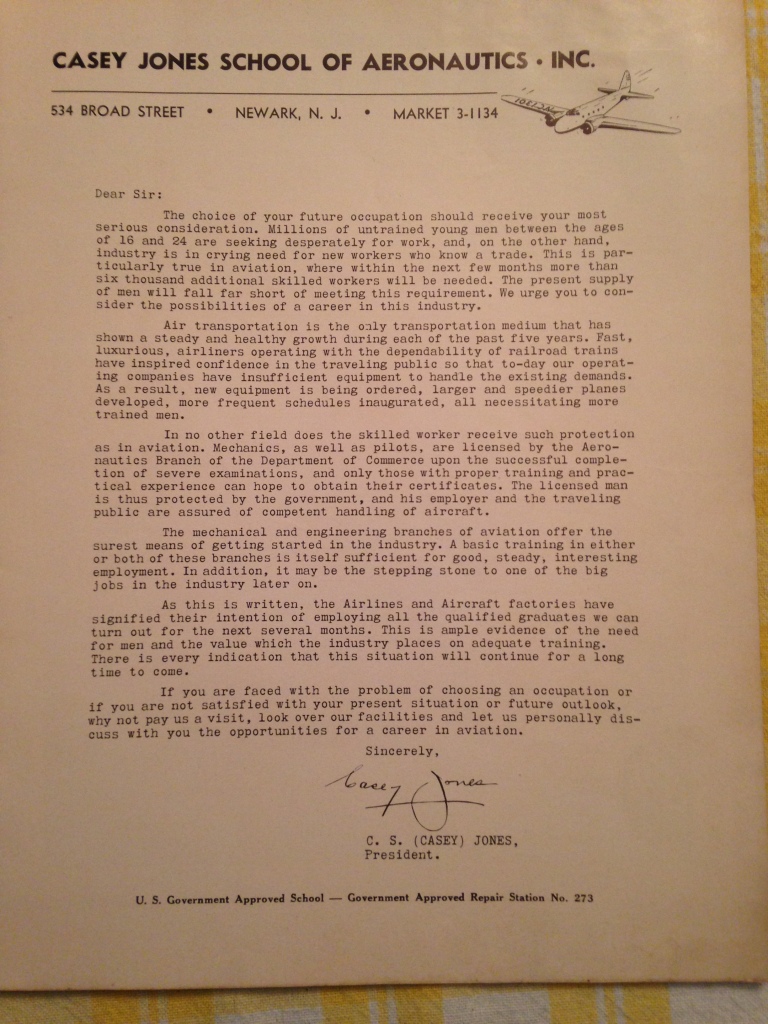 33 thoughts on “The Casey Jones School of Aeronautics”