The Murphy Varnish Company was in business from 1865 to 1950. The varnish works was a barely profitable business in 1865 when Franklin Murphy was given an ownership stake by his father. Murphy, the younger, built his company into an industry leader by emphasizing quality. Until Murphy started making varnish all quality varnishes were imported from England. The complex at its height covered around three blocks. The one remaining factory building was placed on the National Register in 1979. The structure on the corner of McWhorter Street was designed to be both attractive and utilitarian. The building has a sandstone bas relief of the company logo which depicts a horse drawn chariot with a can of Murphy varnish in it. The bronze paperweight shown in this blog gives a sense of the extent of the factory complex in its prime. 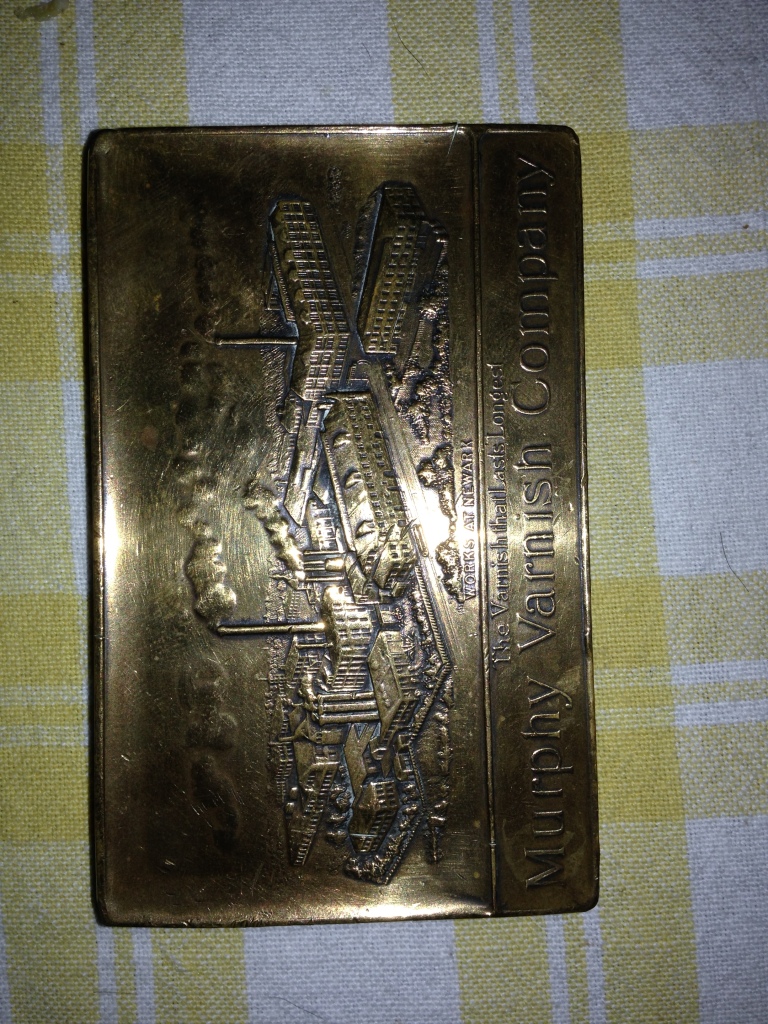