The Newark historical essay contest was conducted by the New York Times to stimulate an interest among Newark school children in the celebration of the 250th anniversary of the founding of Newark. The New York Times offered 500 Tiffany silver medals and other prizes for the best essays written by Newark children based upon a series of Times articles on the subject.

The articles the were based on  a group of historical sketches written by J. Wilmer Kennedy, assistant superintendent of the Newark Public Schools and were published in The New York Times from April 24-30, 1916. Mr. Kennedy had studied the subject matter extensively in preparation for the articles he wrote.

The contest was open to every grade and high school student of Newark and included public, private and parochial schools. More than 6,400 essays were contributed, and from this number the judges chose more than a 1000 winners.

The writers were limited to 500 words. The Newark Board of Education made the preparation of the essays part of the regular school work in English composition and the essay counted towards the pupils general average.

To the teachers whose classes in competition with all the same classes in all the schools produced the five best essays were awarded the $10 selection of books.

The silver medals were made at the Tiffany silver factory located in North Newark. This Factory building is now a condominium. 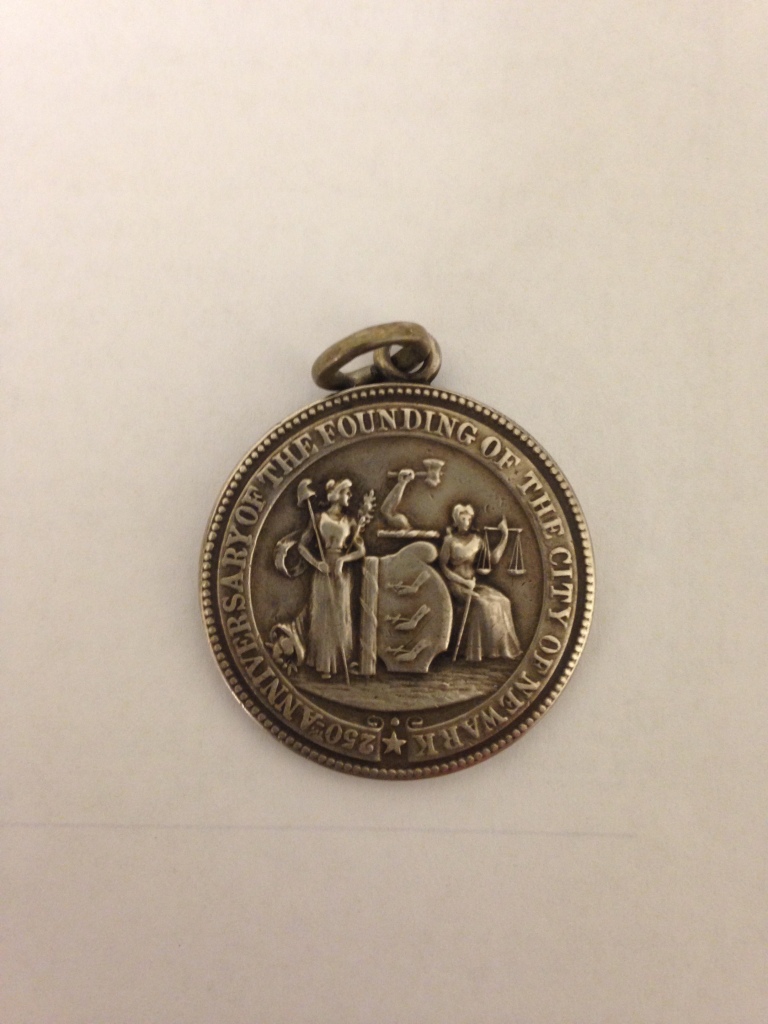 The medal in this blog was awarded to George Wigert of the Waverly Avenue School. He was and grade 6B and his teacher was Miss Shapiro.