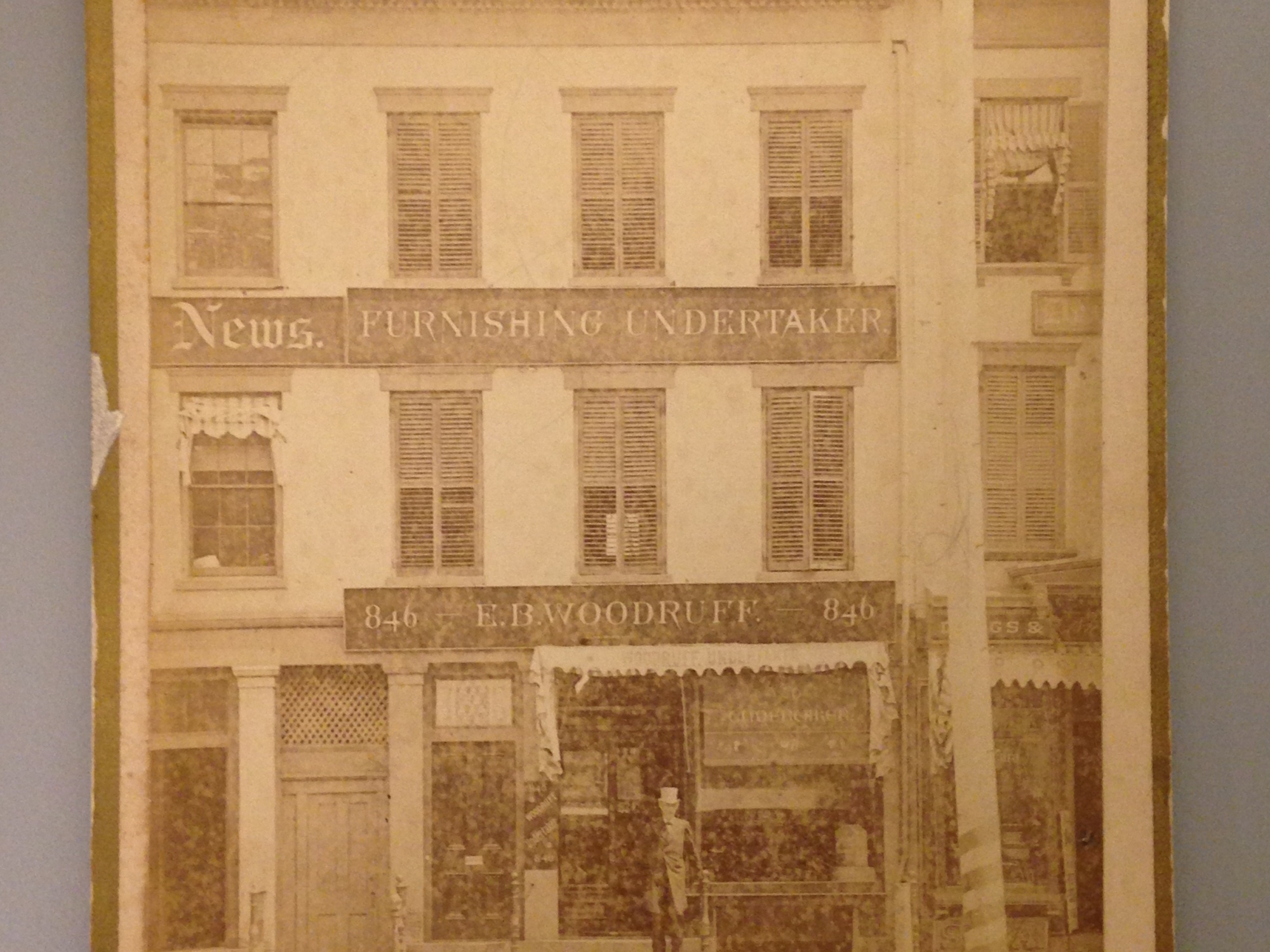 From: Newark and Its Leading Citizens 1891

Undertaker, No.846 Broad Street, Newark, New Jersey. Although good sense forbids there being much stress put on the thought of death under ordinary circumstances, still it is the best part of common prudence to be prepared to act with promptness and decision in any emergency, and ,therefore we feel that the information that we propose to supply regarding the establishment conducted by Mr. E.B. Woodruff at 846 Broad Street, will be neither out of place nor neglected. The establishment in question was founded in 1872, by Messrs. Briant and Woodruff, and continued by these gentlemen until 1880 when Mr. Woodruff assumed the entire control of affairs. He is fully prepared to assume entire control of funerals and to supply everything required at equitable rates. All branches of the undertaking profession are carried on in a strictly first class manner. The premises occupied at the above address are appropriately fitted up for the purposes for which they are used. Three reliable assistants are employed, and every facility is at hand that is necessary to the furnishing undertaking business.

The dignified profession of the undertaker is represented by none more admirably and fitly than by Mr. E. B. Woodruff. This gentleman possesses in an eminent degree the many special qualifications which are imperatively necessary to the proper conduct of this avocation.Mr. Woodruff is a native of Newark, and started in this line in 1872, under the firm name of Briant and Woodruff. Since 1880 he has conducted the business alone. He is currently President of the Essex/Union County Undertakers Association, from 1878-1881 he served as Essex County Coroner and was an Essex County Freeholder from 1869-1872. His premises are handsomely fitted up, contain electric lights, are steam heated, richly carpeted and have every modern convenience. The warerooms are well stocked, the large assortment embracing everything in the line of funeral requisites. The goods are obtained from the best producing sources, and are supplied at lowest prices. Mr. woodruff owns two fine hearses and several carriages. He is prepared to take the entire direction of obsequies. Burial plots are secured in any cemetery, hearses, and carriages to any required number are supplied, and his services can be secured promptly at any hour of the day or night. Mr. Woodruff also conducts a private boarding stable at No.291 Halsey Street, where the finest and healthiest accommodations may be had at moderate terms. He is one of our prominent citizens, possessing the confidence and esteem of the community, and the most deserved enjoyment of a large and high class patronage.

Among the undertakers of the city of Newark few have risen to a more deserved prominence than Enoch B. Woodruff, whose offices and warerooms are at No. 846 Broad Street. Here at all hours of the day and night he is found ready to respond to the call of those who are so unfortunate as to need the services of an undertaker. An experienced female is always in attendance. For convenience of location the establishment has few equals and no superiors. Enoch B. Woodruff is one of the oldest undertakers in Newark, and is a worthy representative of the calling and a citizen of high standing.

Mr. Woodruff’s great success is noteworthy especially when one considers the fact that many funerals, in his era of prominence, were held at home. He was also an astute businessman, in so far as, he not only provided complete funeral arrangements, but also ran a private boarding stable. He had diversified his business interests. In the photograph included in this blog , he stands in front of his establishment at No. 846 Broad Street. The back of the photograph has an inscription in pencil that says:” Christmas 1892″. 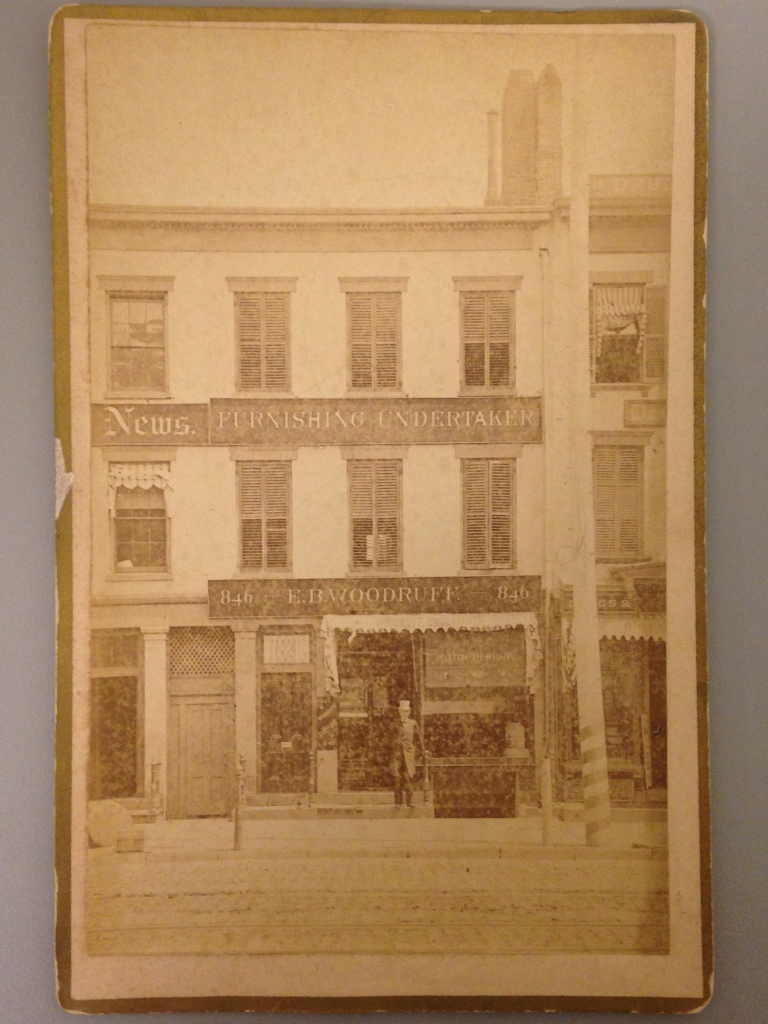