On the evening of April 15, 1936 , in the Mosque Theatre, Thomas N. McCarter , chairman of the Public Service Corporation , delivered an address to commemorate the 100 anniversary of the Newark City Charter. The pamphlet containing his speech comprises 19 pages. The copy I own has a tag the size of a business card that says: “Compliments of Thomas N. McCarter”.

The speech, while lengthy, provides a concise narrative from the founding of Newark in 1666 to the current day (1936).  His insights on the development of the city and a number of his observations and criticisms ring true to this day. The need for the creation of a Greater Newark via the consolidation of Essex County in a unified political entity is one example. He pointed out that such a consolidation would move Newark from the eighteenth largest American city to the seventh or eighth largest with a combined population of 1,000,000 people.

He also pointed out that the tax base in Newark was too small to support the massive expenditures for the seaport and the airport. Especially, he said, in light of the miniscule return on investment Newark was getting from these ventures. The raising of the tax rate and hobbling the city in debt would imperil its future. He suggested that Newark should live within its means and slow its spending for a while. When the city grew further  and the tax base increased, large expenditures of public monies could be revisited. Sound advice, I think.

He also lamented that many persons, including himself, who make their living in  Newark and are active in her affairs don’t live in the city. I quote McCarter:” I have often regretted my loss of citizenship in Newark; and the removal of so many active persons is in the aggregate,  I think, a distinct  loss to the city”. For McCarter the rise of the personal automobile and the desire for the suburban lifestyle would eventually slow Newark’s growth as more and more people chose to “have their own vine and fig tree in the suburbs”. This scenario, which proved to be true, was also used to further bolster his call for consolidation. ” Then the great majority of those who are really Newarker’s but who now reside outside the city, would live within it, and take part in its government.”

McCarter reflected upon the destruction of the many fine home that used to line Washington, Military and Lincoln Parks as well as large sections of South Broad Street. He also noted the many of the prominent families that lived in the homes were now deceased or had left the city. He spoke of boating clubs on the Passaic, the Waverly Fair in what is now Weequahic Park and the winter ritual of people promenading in sleighs up and down High Street. He had an older persons fondness for things past, but was firm in his conviction that one must dwell in the present and look to the future.

I have included in this post a medal that was struck for the Charter commemoration. 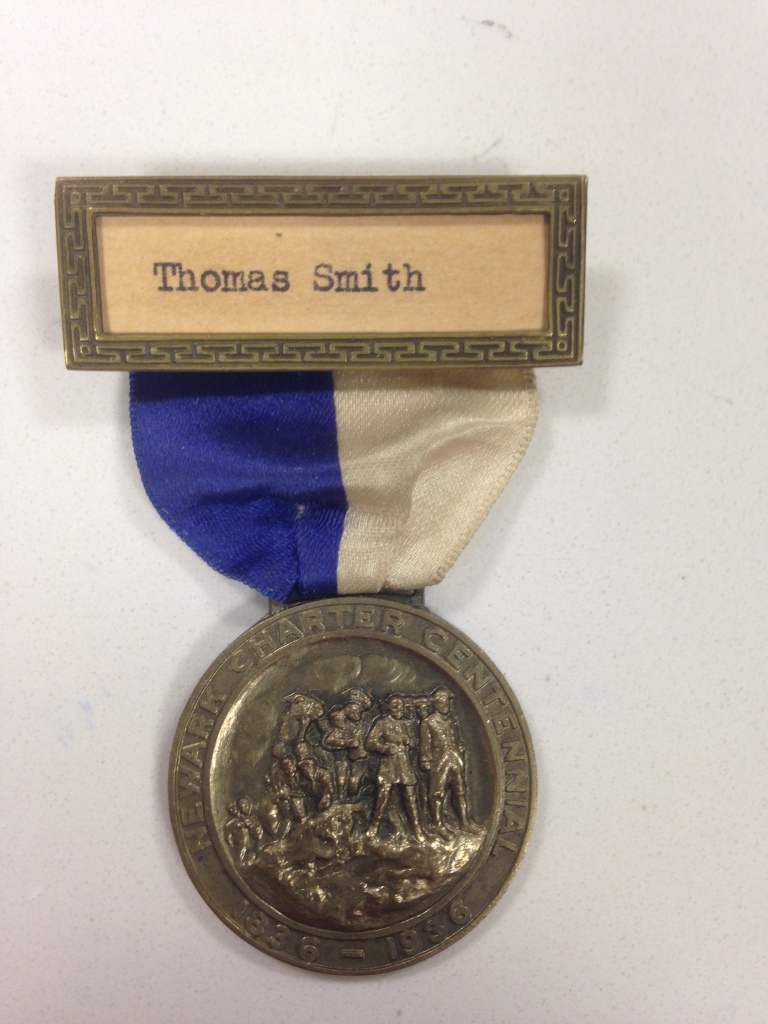 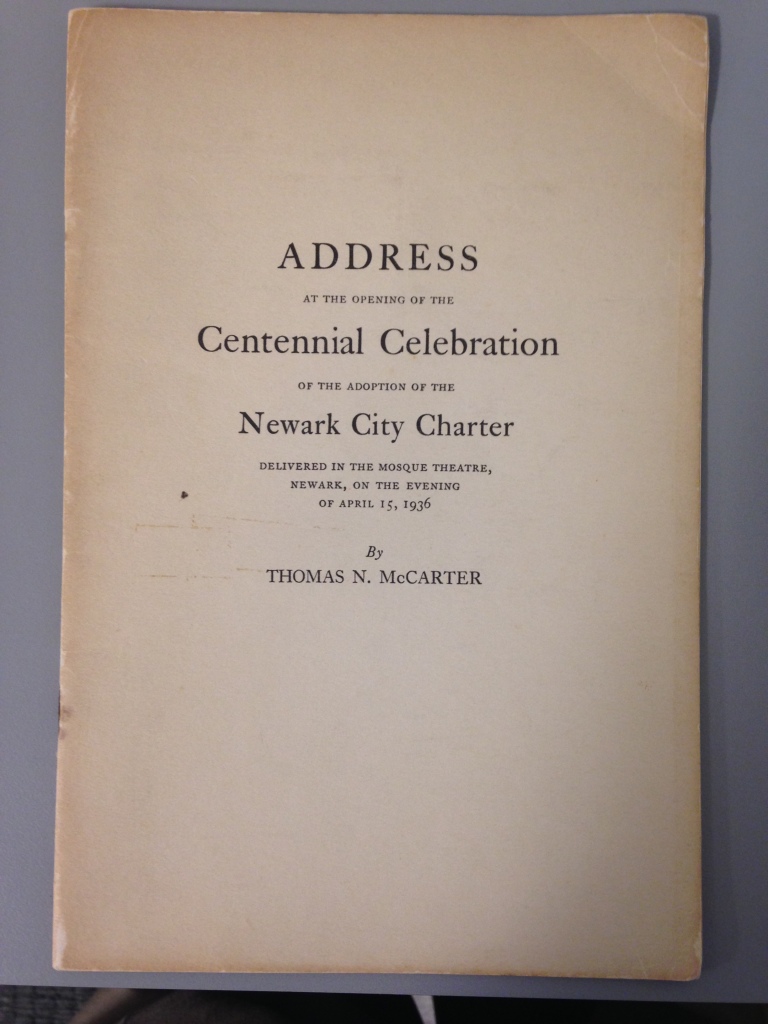