I said in the previous post on the Second Presbyterian Church  that their Minister Lester Harrison Clee was worth a second look. Numerous sources agreed.Clee (July 1, 1888-March 15, 1962) was a Presbyterian clergyman and a politician who served in both houses of the New Jersey Legislature and was the Republican nominee for Governor of New Jersey in 1937.

Clee was born in Thompsonville, Connecticut. At a young age his father’s illness compelled him to go to Worcester, Massachusetts to work in a steel mill. In short order, he had started a boys’ club among his fellow mill workers and in 1908 he began working for the YMCA in Quincy, Massachusetts. Clee married his first wife , Katherine Steele, on August 9,1911.

In 1937 he became the Republican nominee for the Governor of New Jersey against Democratic candidate A. Harry Moore. Clee carried 15 of the state’s 21 counties, but Moore won the election thanks to more than 45,000 votes in his home county of Hudson. The Hudson returns were widely suspected to be fraudulent, the result of Jersey City Mayor Frank “I am the Law” Hague’s Democratic machine and his tight control of Hudson County’s electoral process. Indeed, a rabbi who had left NJ 3 years prior was found to have voted for Moore in a Jersey City polling place.The rabbi’s affidavit to this fact was ignored. Clee and his supporters fought this fraud. This effort was ended a week before A. Harry Moore’s inauguration when a judge aligned with Hague threw out the challenge.

Clee later served as chairman of the State Mediation Board under Governor Alfred E. Driscoll, and was also a president of the State civil Service Commission and a member of the State Parole Board. He moved to Chester Borough in 1950 and served as both councilman and mayor. He moved to Princeton in 1954. His wife Katherine died in January 1954 and in 1955 he married Madeleine Dreier.

The post card illustrating this blog shows the sanctuary of the third home of the Second Presbyterian Church dedicated in 1932 while Clee was pastor. 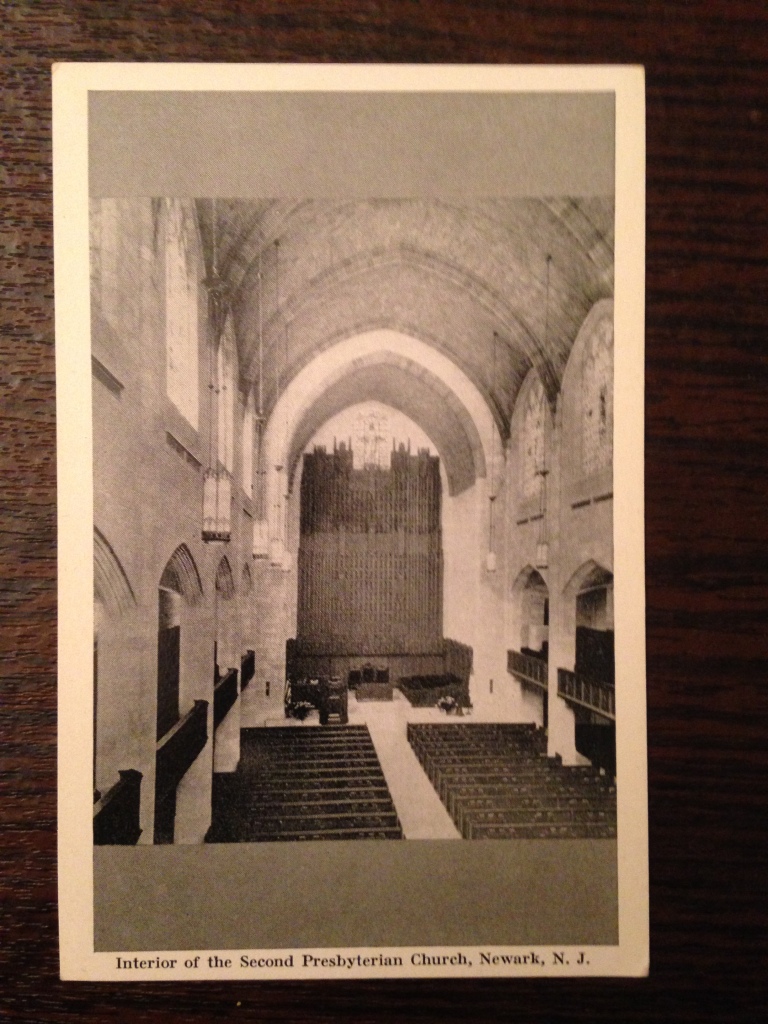 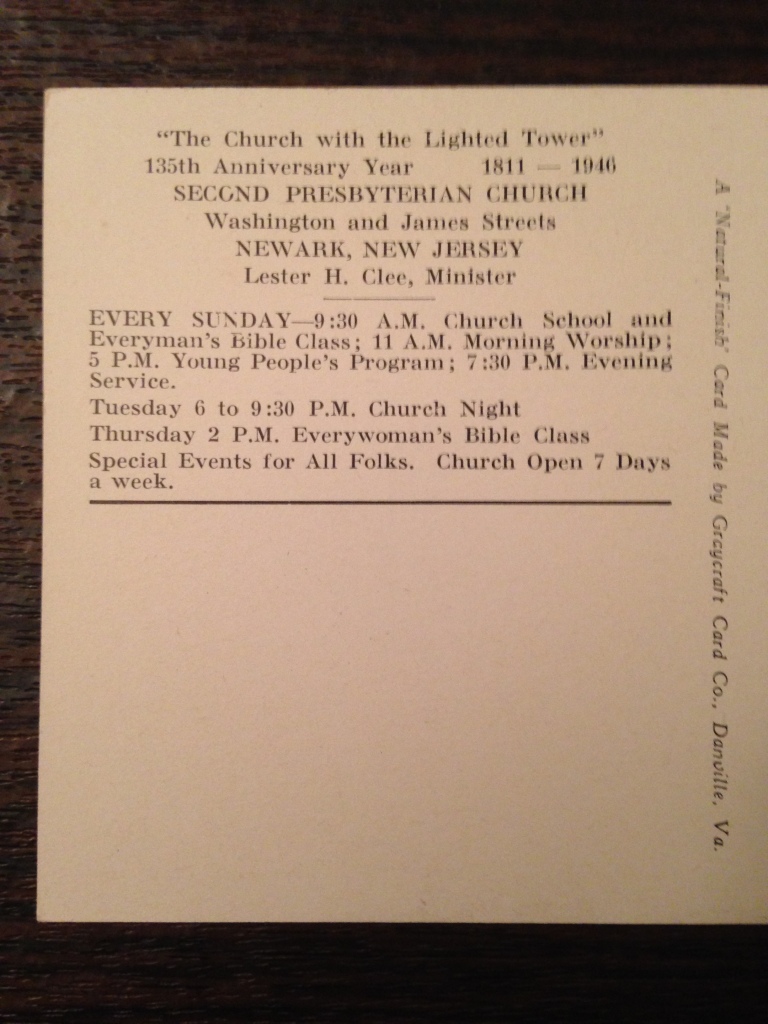