The Carnegie Medal is a bronze medallion awarded to civilians who risk their lives to an extraordinary degree saving or attempting to save the lives of others. 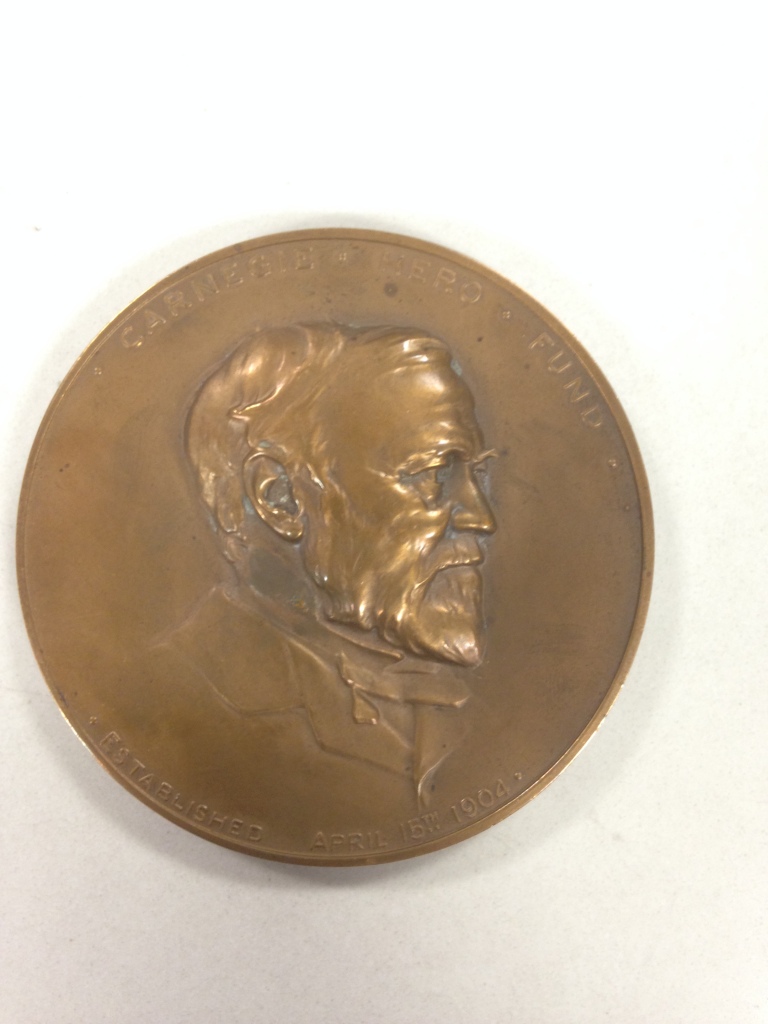 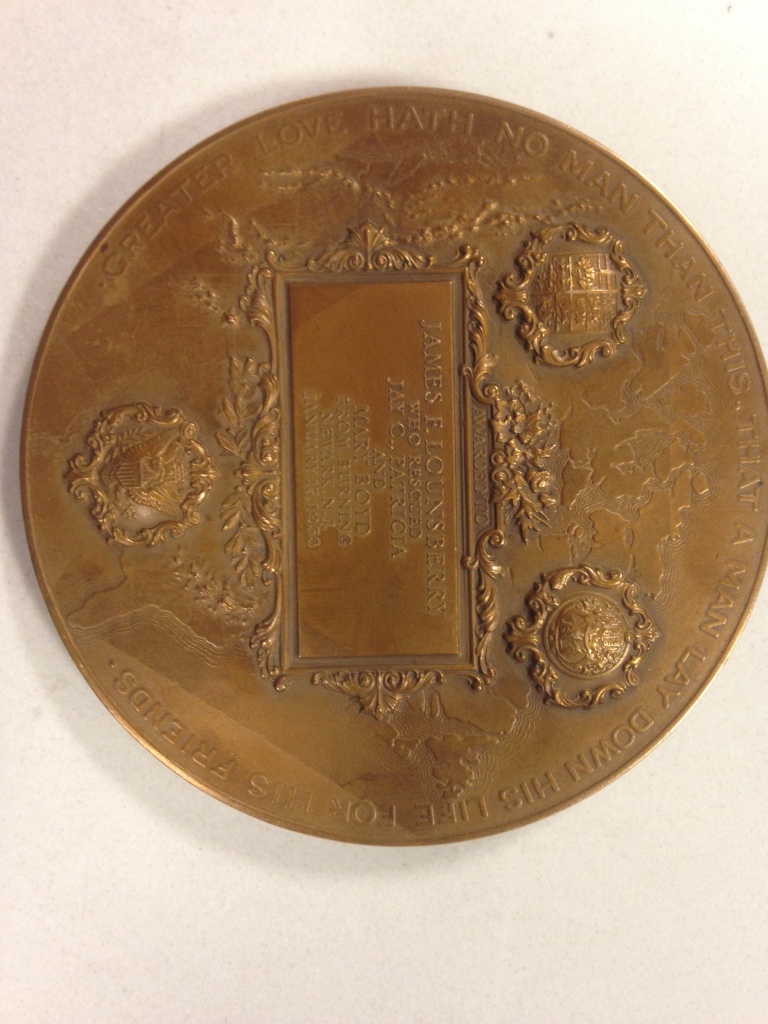 James F. Lounsberry, 56, street lamp repairman, rescued Jay C., 3, Patricia, 2, and Mary Boyd, 4 months from burning, Newark, New Jersey, January 17, 1955. Jay and his two sisters were asleep in a bedroom of a basement apartment when a fire broke out in the adjoining living room and burned through a wall beside their bed, igniting the blankets.  Lounsberry, who saw the smoke coming from the front door, alighted from a truck and descended several steps to the apartment.  Opening the front door, he entered the living room.  The flames covered almost half of the living room and extended from the floor to the ceiling on two walls of the room.  Holding his breaths for as long as he could, Lounsberry groped 12 feet through dense smoke to the bedroom.  He dimly sighted Jay on the floor near the bed, continued seven feet to him and picked him up.  Flames from the wall next to the bed gave off intense heat.  Lounsberry carried Jay outside, ascended the steps and handed him to a bystander.  Reentering at once, Lounsberry returned to the bedroom and found Patricia on the floor within two feet of the bed.  Peering through the smoke, he saw Mary on the bed and continued to her.  Using his cap, Lounsberry beat out the flames on Mary’s nightgown and lifted her from the bed.  He carried Patricia and Mary from the apartment.  Firemen extinguished the flames, which gutted most of the living room and bedroom.  Patricia was hospitalized two weeks with burns of the face, arms and hands.  Mary sustained severe burns of the face, arms and legs requiring an extended period of hospitalization.