In 1907, the Broad Street Association was founded. Below is an excerpt from a booklet they published in 1923:

“The Broad Street Association was organized for the protection and improvement of Newark’s greatest street. It has in its membership the principal business houses and financial institutions on Broad Street. Its territory is from the Lackawanna Railroad on the north, to Lincoln Park on the south, and includes streets surrounding Washington Park and Military Park.”

For Newark, the 1920’s were arguably some of its best years.. Her industrial might was second only to New York. Her commercial establishments catered to every taste and need. Live theater, movie theaters, fine dining, abounded. Newark’s main cultural institutions, the library and museum were among the best. Her residential districts compared favorably with the finest in any similarly situated city. Her ethnic neighborhoods were thriving and the schools that educated these new citizens were exceptional.

With the downtown district thriving, it is no surprise that Broad Street( its historic core) would merit an association dedicated to its particular interests. The booklet describes itself as ” A short history and a business directory of the street”. It would be extremely difficult to underestimate the pride Newarker’s  had in their city at that time and their reverence for its history. Bearing that in mind, the Broad Street Association could be forgiven for beginning their pamphlet with historical anecdotes highlighting the unique  role of Broad Street in the formation of the city.  However, the pamphlet by no means ignores the Broad Street of 1923. The directory of companies, businesses, organizations and cultural institutions is exhaustive.

I have included images of the cover and the centerfold. The centerfold is of particular interest as it showcases the structures that represented all that was new and modern. Happily, many of those structures are still standing. 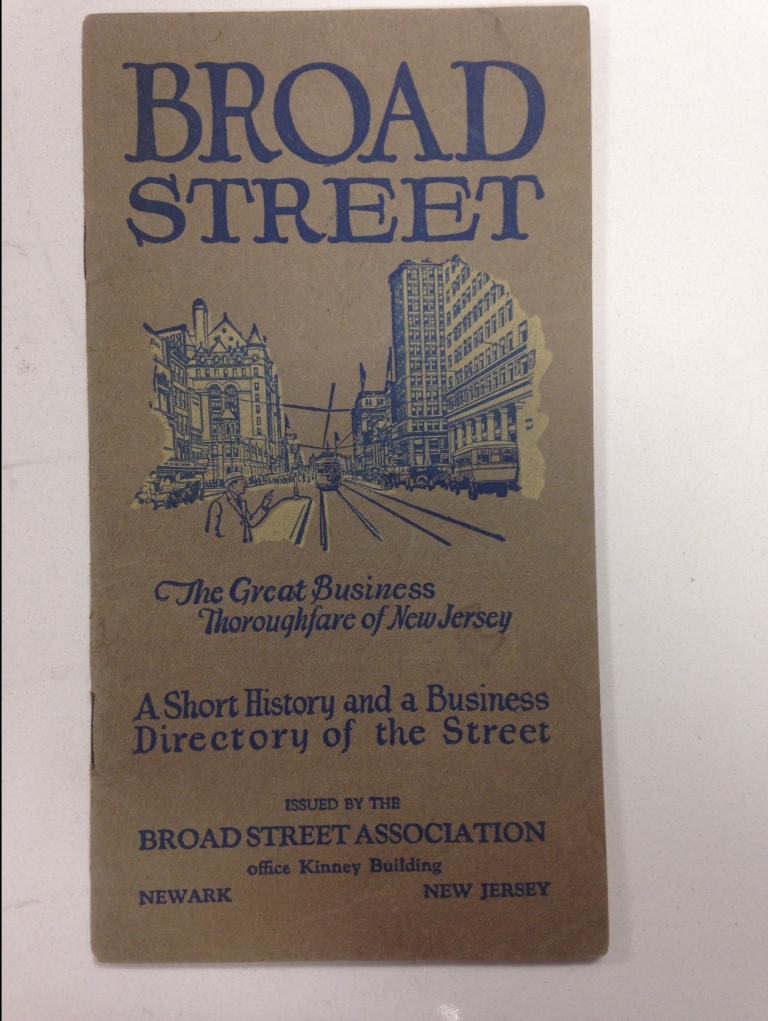 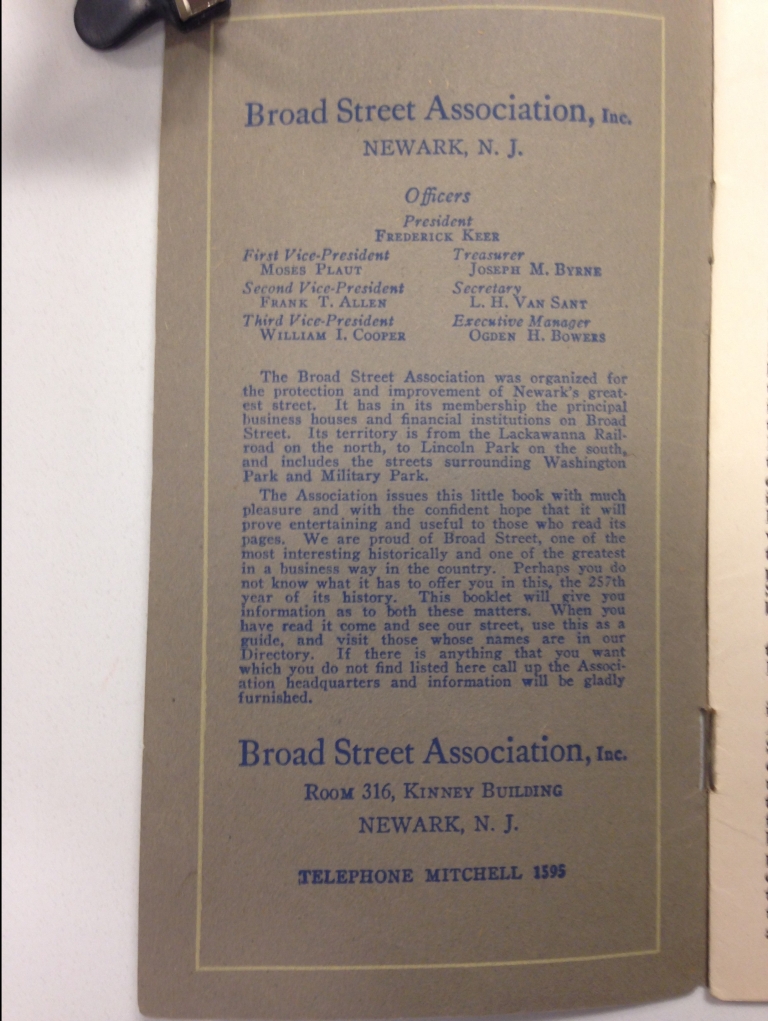 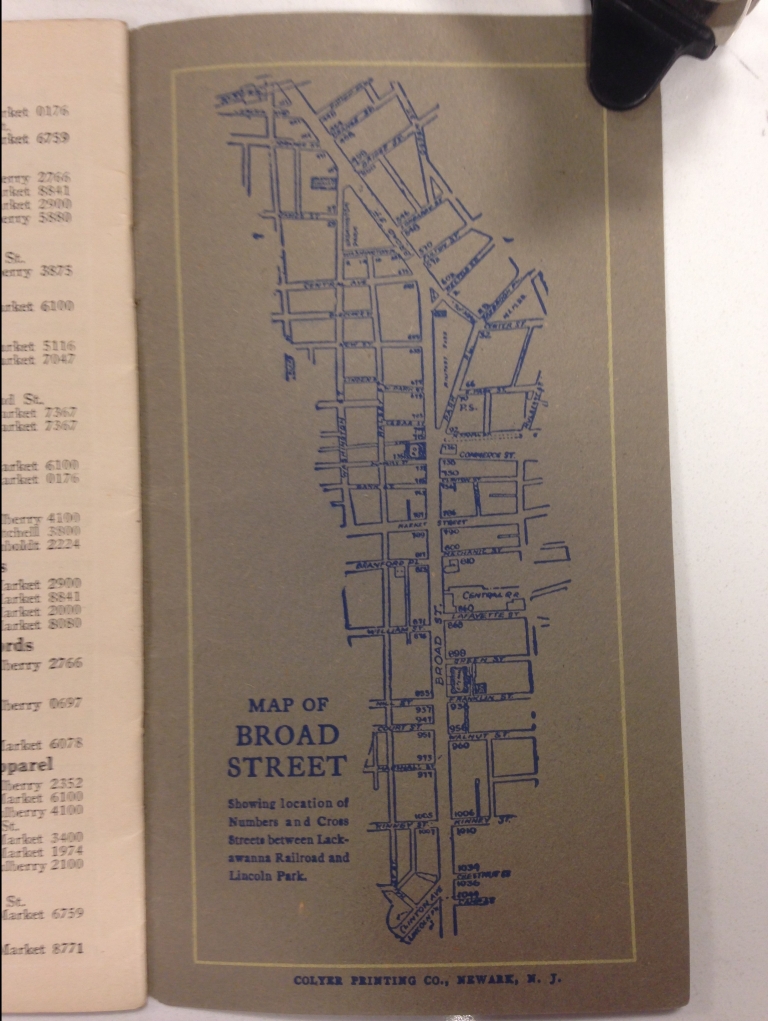