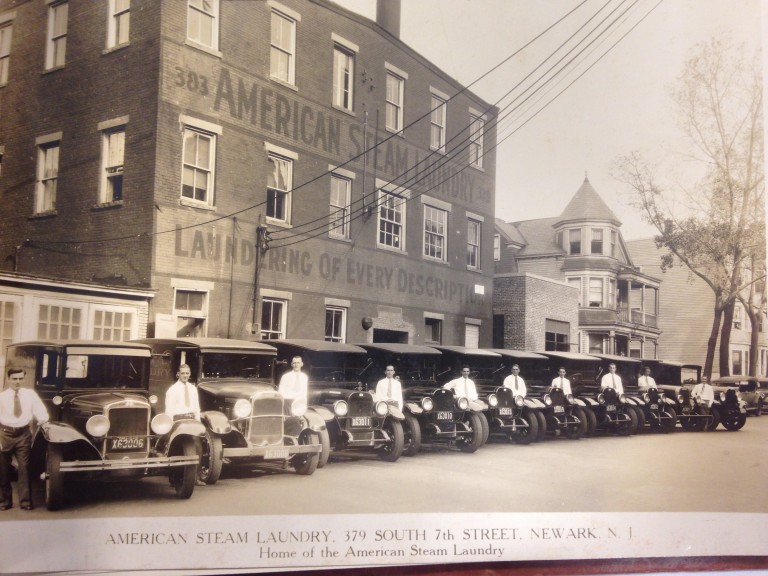 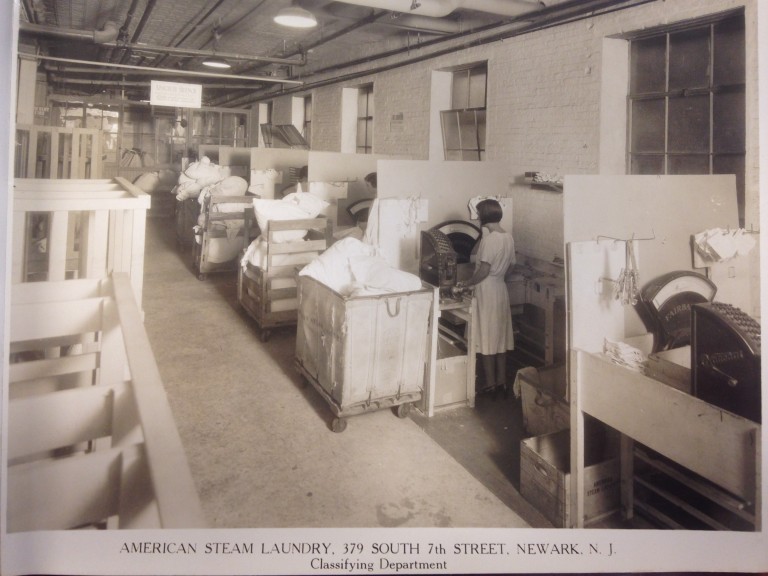 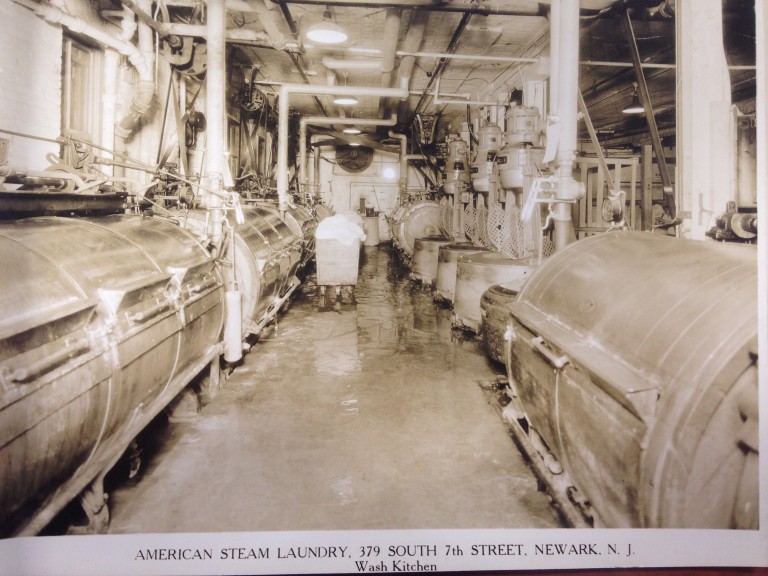 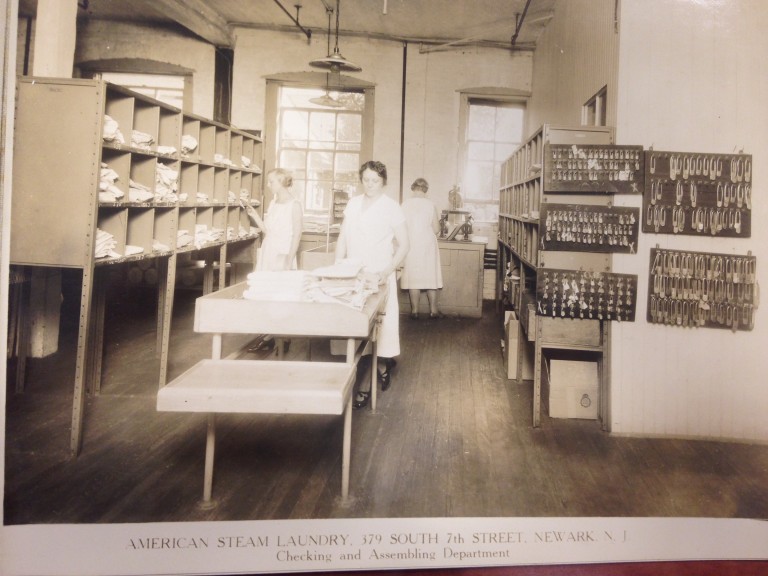 This collection of photographs are in a binder that belonged to John Dolin of Irvington, NJ. He wrote the year 1932 on the cover. My best guess is he was one of the salesman pictured in the second photograph.

The photos show the whole operation. All the people who washed and processed the laundry appear to be women. The truck drivers and salesmen were men. The work was physically demanding with long hours standing at the various machines. The factory was not air conditioned   making it quite hot in the summer. I know nothing about the wages or hours. The year being 1932 would indicate that the Great Depression was underway and that many small factories in Newark were closing down – never to return. Still listed in the 1942 City Directory the American Steam Laundry had obviously avoided that fate. The owner at that time was listed as Benjamin Harris.

New housing occupies the former site of the laundry.