The  image on the post card featured in this blog  is described  as “Broad Street, Looking North”. While it is true that this is the northern part of  Broad  Street downtown ,the view is definitely looking south. In 1909, Broad Street presented an unbroken line of buildings (except for Washington park), and was busy with horse drawn wagons, pedestrians and trolley’s. None of the buildings in the foreground have survived. Some buildings were replaced but those subsequent structures were demolished as well.

On the right of the post card is the block preceding Broad Street Station. Presently, this block has only a few structures and is mostly utilized as surface parking lots. On the left side  currently stands the former Bears Stadium and the new Parking deck/ office building. Survivors from the 1909 view include the library, North Reformed Church, Second Presbyterian (rebuilt in the 1930’s), the Prudential Building (rebuilt in 1957) and Washington Park . As a whole, this area has many surface parking lots and relatively few buildings.

Also in this vicinity is the former site of the Westinghouse factory – an empty field three blocks long. All this empty space makes the area seem forlorn and desolate. Fortunately, for the Westinghouse site, a neighborhood resident has taken the initiative to beautify it with wild flowers. Hopefully, one day the vicinity will regain a denser, built-up urban landscape. At the moment, however,this section of Broad Street vividly illustrates the devastating effects of wholesale demolition on the urban streetscape. 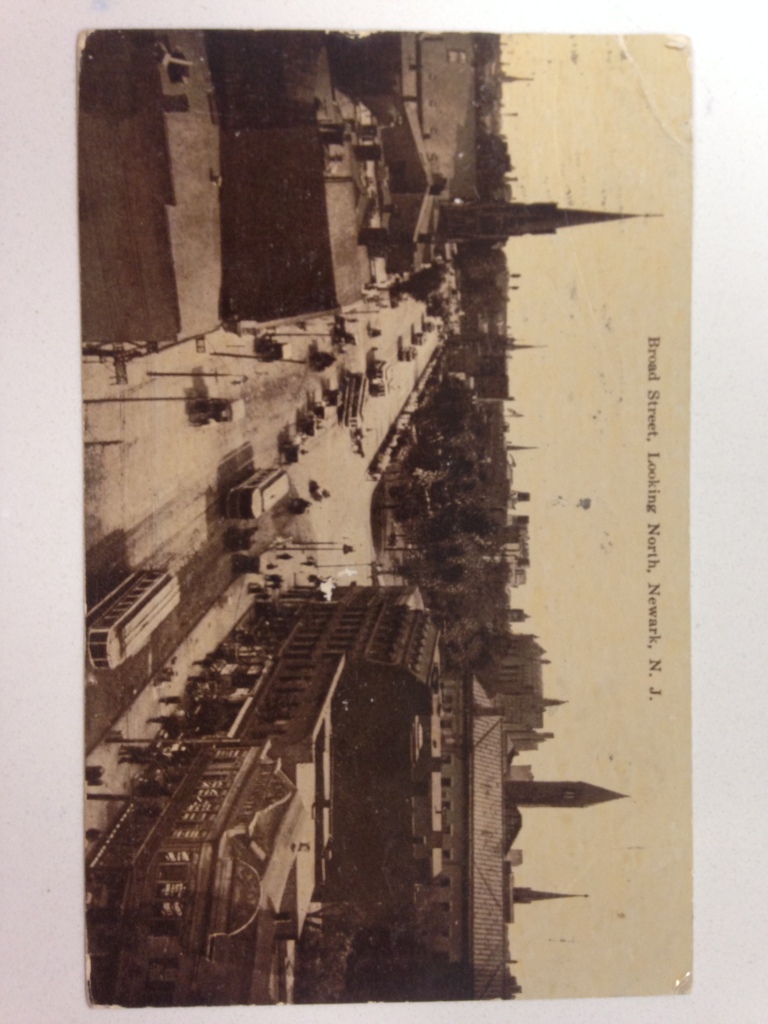