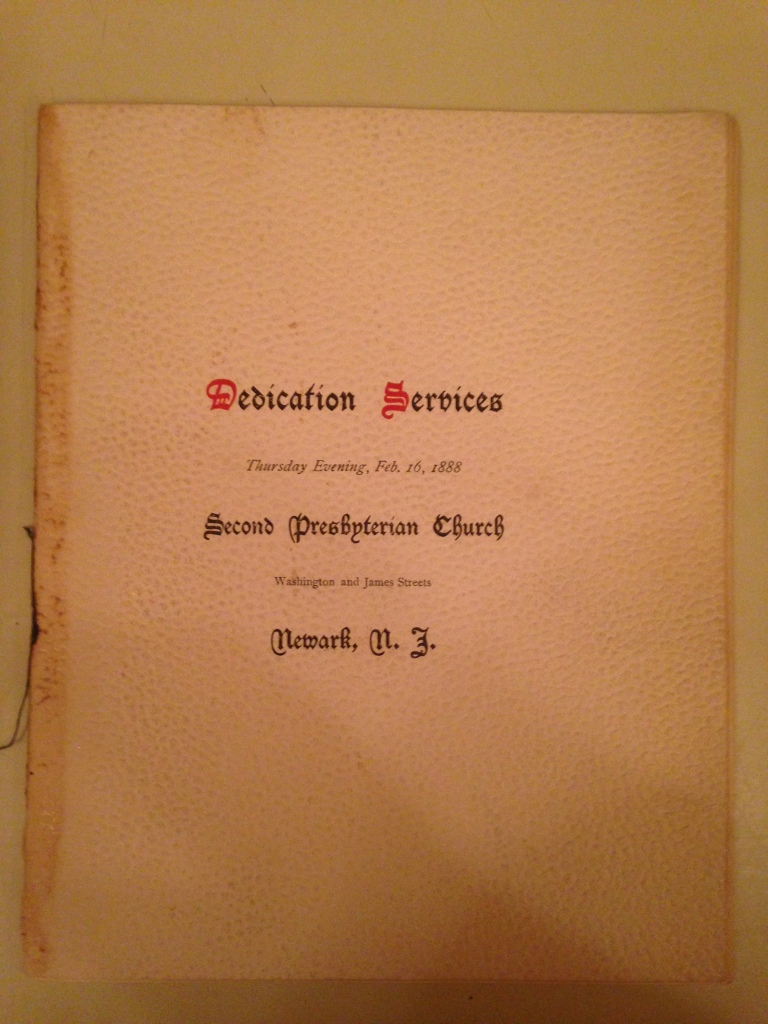 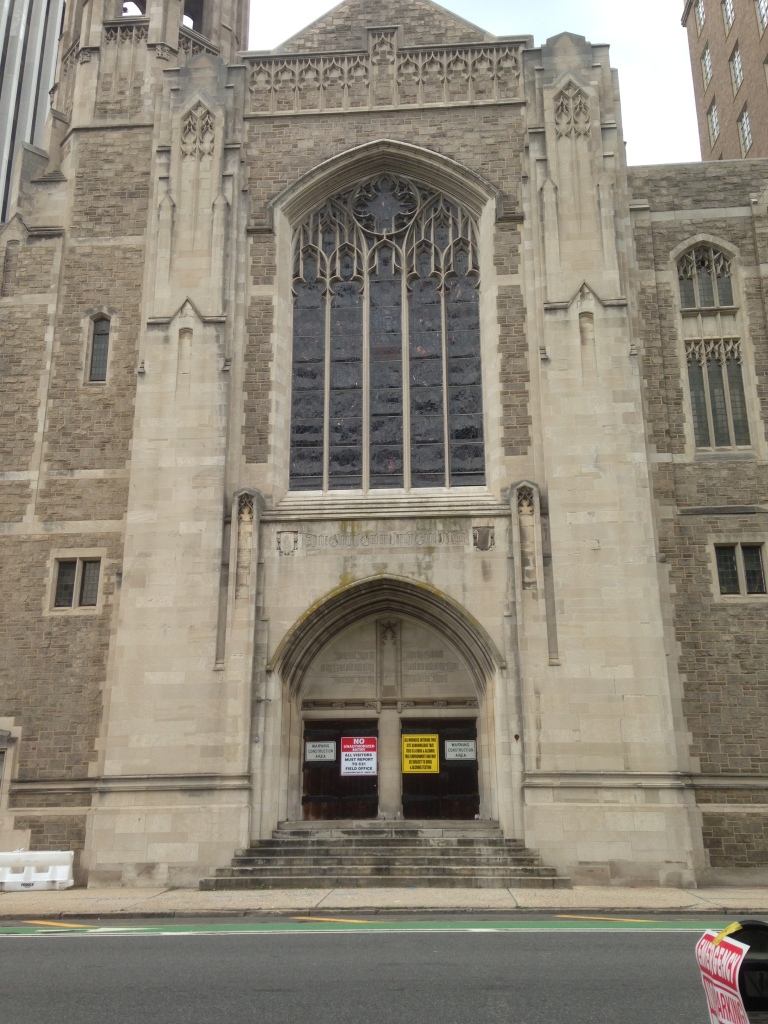 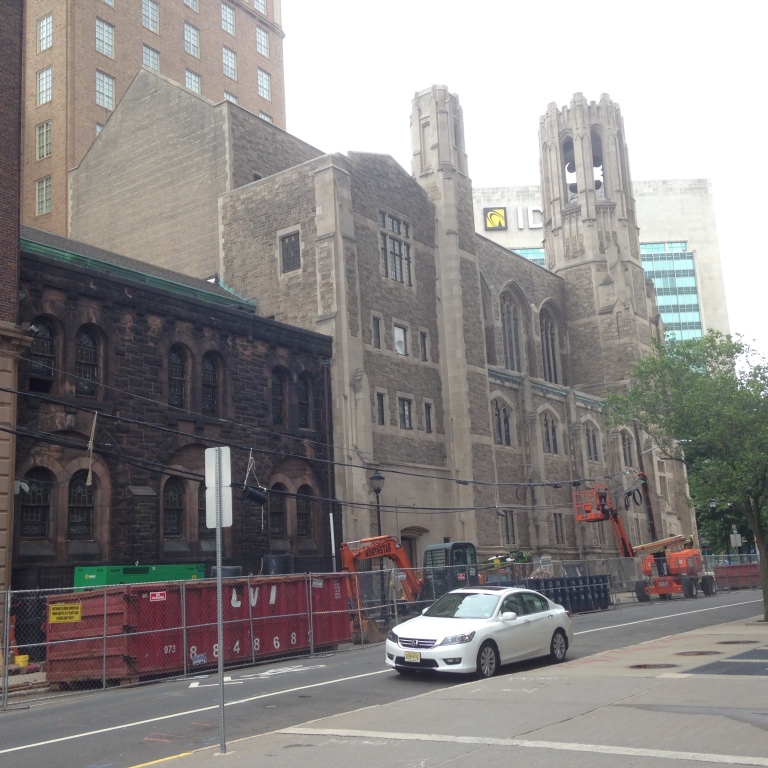 In 1940, the WPA(Work Progress Administration) -a New Deal entity published a book on New Jersey Presbyterians based on historic church records. Here is what they had to say about the Second Presbyterian Church:

“As early as 1800,members of the First Church, residing in the north end of Newark felt the need of a church in their locality. In the spring of 1809, a resolution was passed resolving ” that from the First Church congregation, a separate and distinct congregation shall be organized and measures taken to invest it with all the powers and privileges of a body politic, and upon the calling of a settled minister, the First Church congregation would convey to it the reserve only of their own house of worship and the land occupied by it, two sevenths of their entire real estate, for the support of the Gospel”. This was approved by the First Church, although the title of the property was not conveyed until 1827. A corner stone for a house of worship was laid at the present site on June 18, 1810.

During the construction of the house of worship, a replica of the First Church, services were conducted in the sponsoring church. The building was erected, dedicated, and incorporated in 1811. During the construction of the second house of worship, a greystone structure of Romanesque architecture which was erected in 1886, services were conducted in the Community House on James Street. The church was destroyed by a fire in 1930, and services were resumed in the Community House.

The present church erected and dedicated in 1932, is a granite structure of Gothic architecture, with a tower, bell, and cathedral windows. Sunday School classes meet for religious instruction in Hunter Hall adjoining the church, erected in 1929.

When I began writing this post, my sole purpose was to present a brief history of the Second Presbyterian Church. As is often the case, I found the history of the church to be far more significant than I initially thought. I constantly learn new things each time I write posts for this blog and this post was no exception. For example, the Rev. Lester Clee who lead the church from 1925-1950 was also a successful politician. I will do a separate post on him at a later date.

From an architectural standpoint, both the 1888 and 1932 buildings had a distinguished pedigree.

The 1888 structure was designed by John R. Thomas (1848-1901) an American architect credited in his time with being the nation’s most prolific designer of public and semi public buildings. The National Cyclopedia of American Biography of 1899 stated: ” Judged by the artistic quality of his work and by his achievements in accomplishing repeatedly what others have declared impossible, he well deserves the title of America’s leading architect.”

The interior of the 1888 building must have also been quite impressive if the old black and white photo included in this blog is any indication.. The pulpit furniture was provided by John Jelliff Company. John Jelliff was the pioneer of the furniture manufacturing industry in Newark. John Jelliff started in the furniture business on Broad Street in 1836. His furniture was found in many well-to-do  Victorian homes and commands premium prices when an authentic piece comes on the market.

The carpets were provided by W&J Sloane a furniture and carpet store that catered to the wealthy. Among the prominent homes they furnished were the White House and the Vanderbilt’s Newport mansion- The Breakers.

Archer & Pancoast provided the gas fixtures. Their fixtures were found in the residences of the Vanderbilts and Marquands of New York. They also equipped Madison Square Garden in New York and the Palace Hotel in san Francisco. They had a national reputation for the artistic excellence of their products.

The Rafael Guastavino Company was one of the contractors involved in the building of the 1932 church. Rafael Guastavino was born in Valencia, Spain. He studied in Barcelona building his first house in 1866. He established a reputation for fireproof construction. In 1881, he emigrated to New York with his son , who was also named Rafael. They gained fame for their patented vault system. This system involved vaults made of interlocking ceramic tiles. Among the more famous examples are the ceiling of the Great Hall on Ellis Island and the ceilings throughout Grand Central Station, including the famous Oyster bar. Interestingly, many of the architectural drawings, used in the construction of the church, have survived and are now in the collection of the Avery Library at the Columbia School of Architecture.

J. & R. Lamb Studios provided the drawings for the ornamental woodwork inside the sanctuary, including the pews and pulpit.

At present, (5/22/2016), the church , community house and the brownstone mid section(the sole remnant of the 1888 church) are undergoing a massive renovation. The goal of this  is to create office space for the Audible Company – a company that creates spoken versions of books. Judging from the street view of the project it is very hard to tell what architectural details and furnishings from the sanctuary will survive. I have been told that the pews may be discarded. Hopefully, those items which are no longer needed,including the pews, will be given or sold to an organization or person who will preserve them. 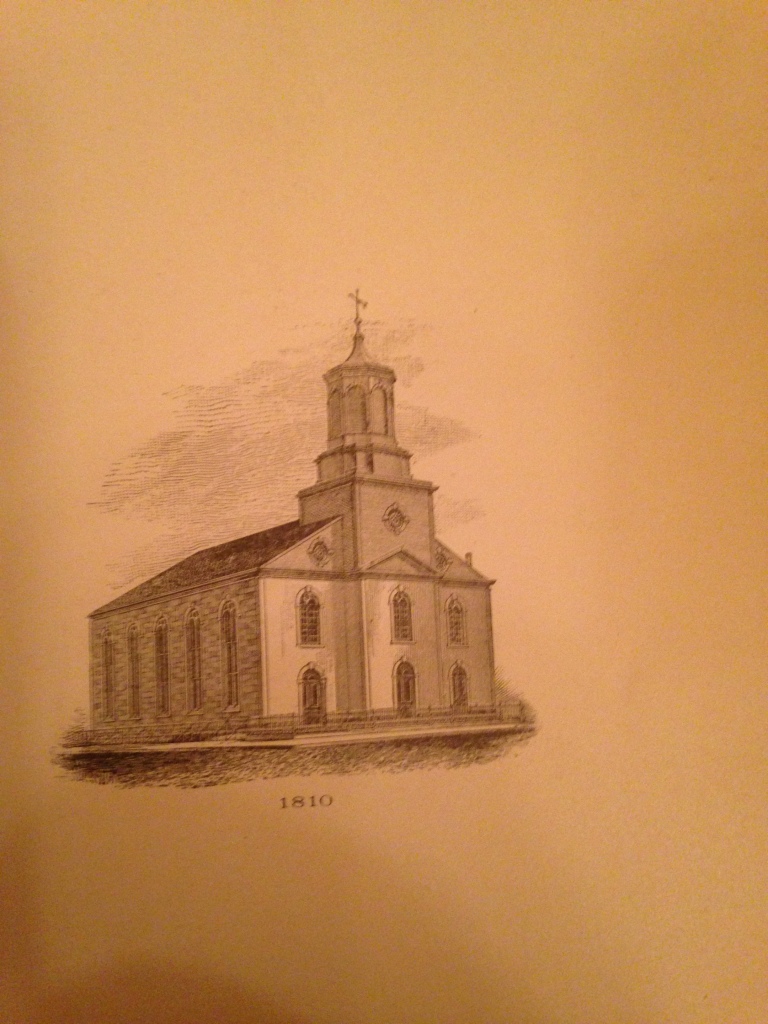 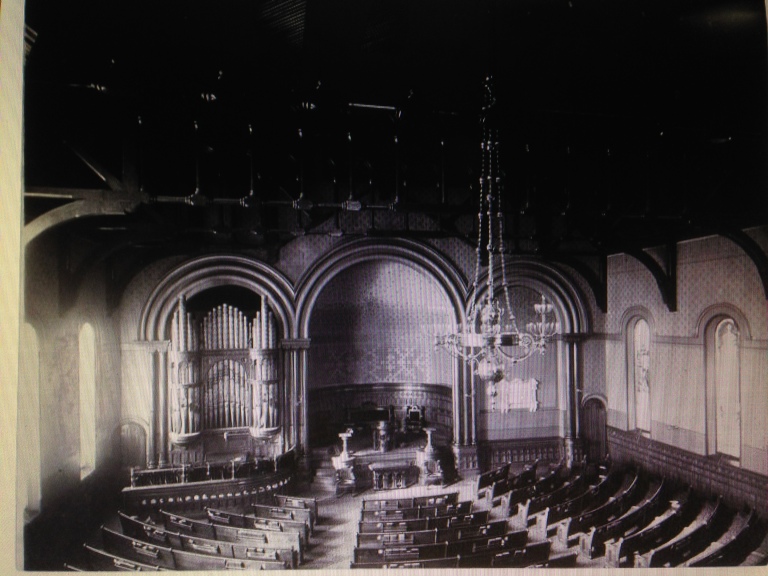