Paperweights were a very popular method to get your image and/or message out in the late 19th,early 20th century. The paperweight shown here depicts St. Michael’s Hospital which was founded by the Franciscan Sisters of the Poor in 1867. Initially the hospital was located in a brick townhouse on Bleeker Street. In 1871,the hospital relocated to a substantial new building on the corner of High Street and Central Avenue . The greatly expanded hospital now occupies two city blocks and the 1871building still presides over its corner as it has for the last 144 years. 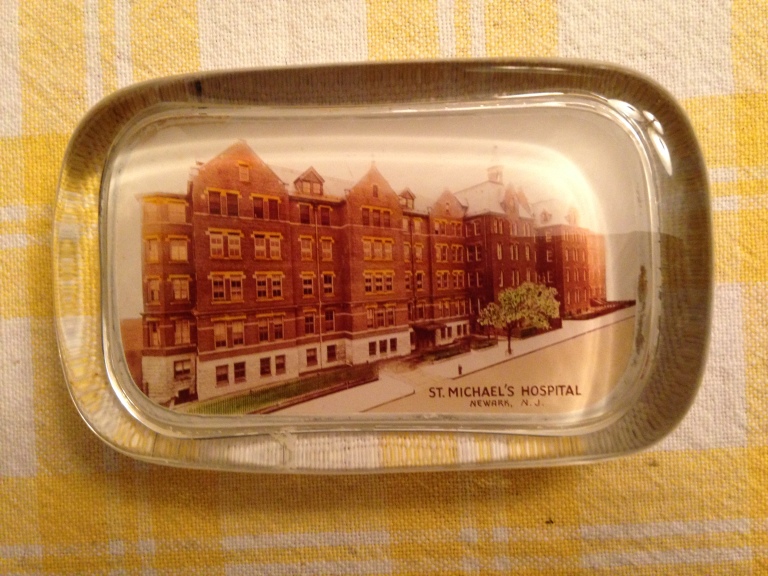